Let us tell you about KOJIMAGUMI. 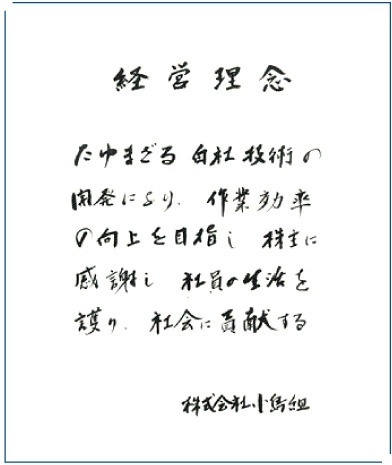 We aim to improve our work efficiency through untiring efforts to develop self-technology, show appreciation to shareholders for their support and protect our employees' living, contributing to society.

Since our establishment in 1919, we have been accumulating results in many constructions including dredging, reclamation, marine civil engineering, etc. as a company that owns highly specialized unique vessels. People used to have not-so-positive image on dredging and reclamation, regarding them as a cause of negative influence on environment. The essence of KOJIMAGUMI's business lies in bringing a harmony among land, environment and human living in nature. We respond to wide range of social demands from a small river dredging to a large port development by fully utilizing our highly efficient and energy saving diverse vessels such as the world largest grab dredger GOSHO and others. Lately our dredging technology has been sought globally. We are going to send our best employees to the world and proceed to our further expansion to the South East Asia in medium-term and to Africa and India in long-tem. What I care the most in the relationship with the client in the world are "an operation with integrity" and "a relationship of trust". Assuming the solid technology, building up totally open relationship revealing all the good and the bad will lead us to the solution in a real sense. That is what I believe. As the developing countries' economy improves rapidly, our job in various project including port development is expected to gain more importance in the future. KOJIMAGUMI is a civil engineering company, and at the same time "a construction machinery maker" who constantly proposes a new technology. We contribute to the society by developing a unique vessel with our own idea that can't be found anywhere in the world and utilizing it in civil engineering. We, all the employees and executives, continue making an effort in one mind to be able to gain the recognition as "the company with the best dredging technology in the world" with our untiring spirit for developing technology in near future. 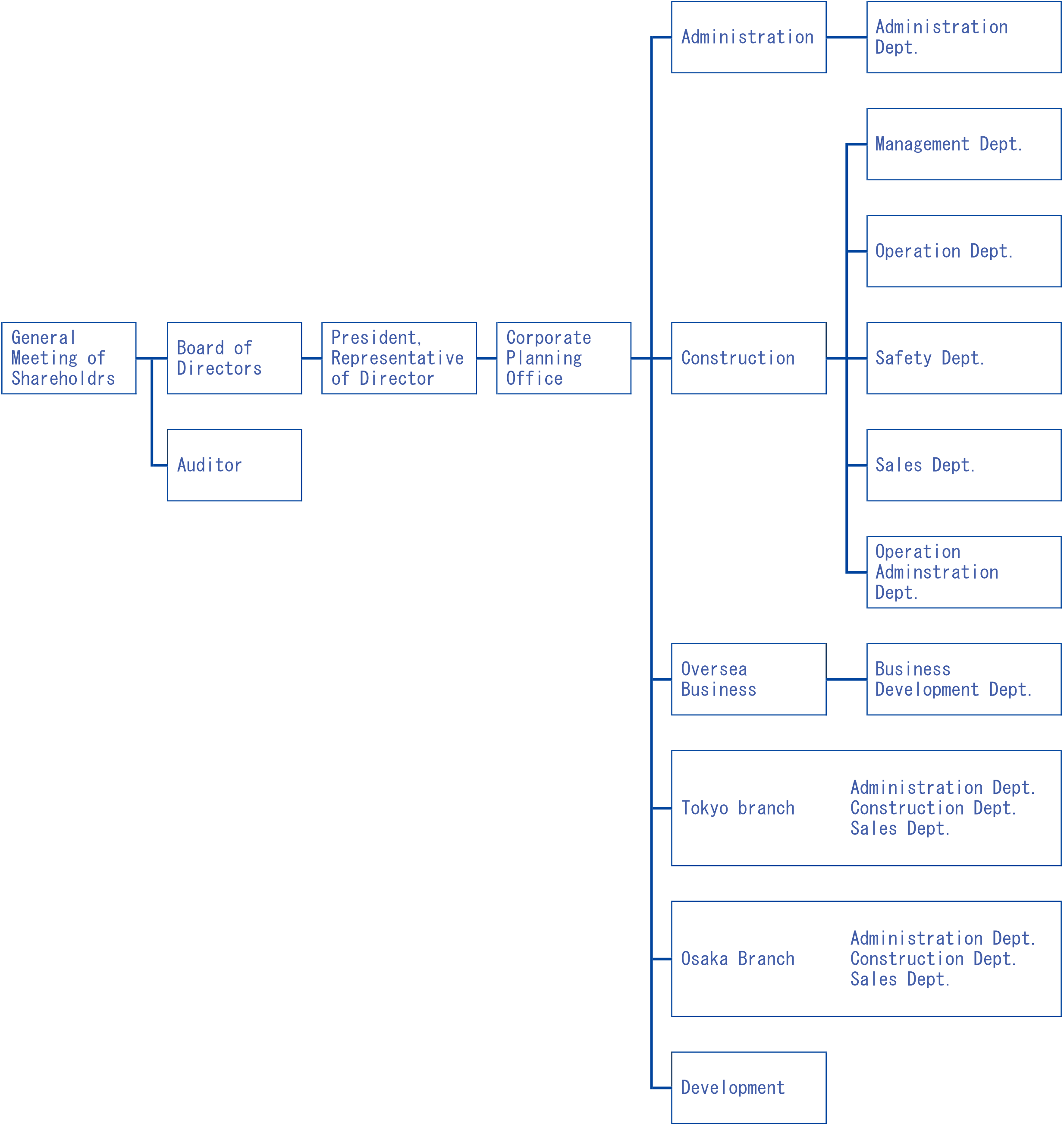 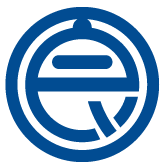 Our founder Ryoichi Kojima once served as a chairman for Ueno (current Tokai-city) town assembly. And the letter "Ryo" from his first name was branded on shovel and other civil engineering work equipments. That is said to be the origin of this logo. Then after being demobilized from the WW2, the third president Akio Kojima (deceased) improved the design by adding the symbol color blue as in the beautiful ocean that surrounds Japan. Heishu Hosoi (born in current Tokai-city), who was a mentor of Yozan Uesugi, Yonezawa's (Yamagata prefecture) lord of feudal clan and a renowned Confucian scholar in Edo era, being greatly respected at his birth town, said "All of learning, thinking and acting together complete the good." That also expresses the core philosophy of our company, which is aiming to contribute to the society through learning on site, thinking and acting.